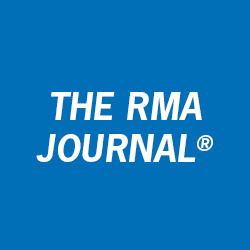 As published in the RMA Journal

Each month, The RMA Journal is highlighting elements of RMA’s Academic Program, which aims to bridge the financial services industry’s talent gap by promoting banking careers and helping college students prepare for them. The Academic Program includes scholarships, training, free RMA student memberships, and internships. This article focuses on a recent chapter event.

CONSIDER THIS SCENARIO: The scion of a trucking business family wants a loan to buy the enterprise from his sister and ailing brother-in-law. The business has had a long, fruitful relationship with your employer, Great Lakes Bank, but your CEO is worried about the debt being taken on in this $6.5 million deal. Meanwhile, shareholders are dissatisfied with the bank’s stagnant loan growth and stock price and are calling for more aggressive lending strategies.

It is your team’s job to consider the trucking company’s competition, the industry outlook, fuel price projections, and the individual players in the deal, among many other factors, and then propose a loan package to benefit both bank and client.

That was the task faced by contestants in the 2016 West Michigan RMA Commercial Lending Challenge. The event, held November 5 at Grand Valley State University in Grand Rapids, Michigan, pitted teams from five colleges competing for $3,500 in prize money.

The event was one way that chapters-in this case, RMA’s West Michigan Chapter-can serve the mission of RMA’s Academic Program, which aims to usher the best and brightest into financial services careers.

“The West Michigan Chapter’s credit case competition is a great opportunity for college students to be exposed to the life of a banker on both the credit and lending side,” said Jamie Jones, Central Region manager, Chapters and Community Banks, for RMA. “This event is a great way to give back to the community and will reap rewards in the long run within the banking industry.”

Bankers from RMA member banks in West Michigan served as contest judges and team mentors. In the event’s morning session, the judges played the role of a bank loan committee. Each team presented its loan proposal for the acquisition of Liquid Transport Inc. and then faced questions from the judges. In the afternoon presentations, the judge played the role of the customer seeking the loan: Martin Farley, a finance professional set to take over the gasoline-and-diesel-hauling business his father founded in the 1970s. Between the morning and afternoon sessions, the participants attended a lunch with RMA Credit Risk Director Bill Loftus, who shared valuable insights from his 25-year banking career.

Leading up to the event, the team learned about commercial lending from faculty advisors at their schools and mentors from the industry. They also had access to YouTube videos created express by the West Michigan Chapter for the event (the videos provided lessons in topics including the Five Cs of Credit and analyzing financial statements), as well as access to RMA University materials.

“I’m impressed with how much time and effort the chapter has put into the event,” Jones said.

Once the teams received the details of their credit case ─two weeks before the event─ they were no longer allowed to consult with their advisors and were obliged to craft the deals and presentations on their own. The time between the release of the case and the actual contest was intentionally kept short to mimic a real-world scenario for the students.

In the end, teams from Grand Valley State University took the first and second prizes, winning $2,000 and $1,000 respectively. A team from Hope College in Holland, Michigan, took third place and a $500 prize. Also participating were teams from the Michigan institutions of Calvin College and Western Michigan University.

In addition to benefiting the student participants with “valuable contacts in the banking industry,” the Commercial Lending Challenge benefited banks, too, said Stephen Weber, an event organizer and a director with O’Keefe LLC, a consulting firm in Grand Rapids.

“It provides the banks, via the mentors and the judges, with a real -world look at the best finance and accounting students in the area outside of an interview situation,” Weber said. “Additionally, we had four participants in the 2015 competition who were awarded renewable scholarships via RMA’s new scholarship program.”

If the feedback is any indication of the competition’s value, students should consider signing up for the 2017 version.

Said one participant, “It really gave me insight into what commercial lenders do for a living. It also gave me an opportunity to meet with professionals and put a great addition on my resume.”

Said another, “Other majors should have similar contests.”