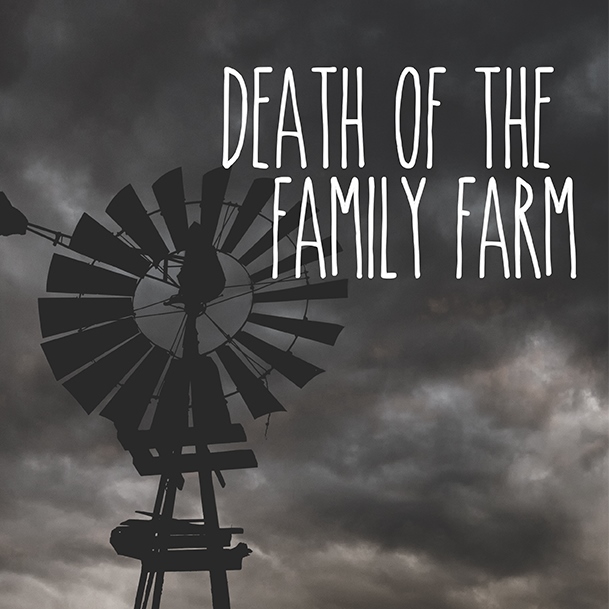 Death of the Family Farm

As the 2018 harvest season continues, we can appreciate the changing face of agriculture. In many places, the family farm is becoming a rarity as generations move away from the family homestead in search of newer opportunities available in cities and larger towns across the United States. Over time, are we witnessing the death of the once sacred family farm?

Agriculture has changed dramatically over the last 200 years. In the 1800s, nearly 90% of the U.S. population lived and worked on family farms. Each family farm was only capable of feeding 3-5 people annually. Additionally, due to a lack of mechanization, farms were much smaller.

The amount of land devoted to farming has fallen as well. The American Farmland Trust estimated that an acre of farmland goes into development every two minutes. In some metro areas, what used to be a surrounding belt of farmland has now made way for new housing development, shopping centers, and businesses. As reported by the USDA NASS,
2012 Census of Agriculture, farmland decreased by nearly 7.6 million acres between 2007 and 2012.

As the cost of machinery, regulation, taxes, and labor continue to increase, farms are continuing to increase in size to benefit from economies of scale. While small farms continue to dominate agriculture numerically, large farms (>2000 acres) make up over 34% of the land in cultivation currently.

Finally, labor laws governing children working on the farm, environmental regulations, and current tax and estate laws all have detrimental effects on farms. These factors restrict
who can work on a farm, increase the cost of operating a farm, and increase the cost of transferring a farm onto a next generation, if there is one.