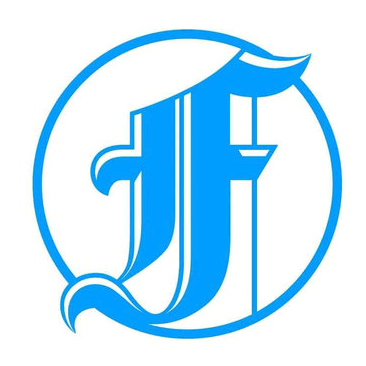 As published in the Detroit Free Press

A fascinating new chapter in Detroit’s storied history of labor-management showdowns is about to unfold over the next few weeks, as the city presses pensioners and other key parties to accept terms that would end Detroit’s trip through Chapter 9 bankruptcy.

“I hope people recognize this is not the ordinary set of circumstances where endemic delay tactics yield a positive outcome,” Detroit emergency manager Kevyn Orr told the Free Press last week, referring to the kind of brinksmanship that has characterized labor tussles in this region and stuck Michigan with a bad rap for business climate.

To dilly-dally is to court disaster. That’s what Orr is preaching to Detroit’s municipal unions, their active workers and retirees.

If the unions don’t sign onto Orr’s plan to preserve more than 90% of police and fire pensions and 74% for other workers, those payouts could get much smaller if the major foundations or Michigan state legislators decide not to chip in on the so-called $815-million “grand bargain” to protect art works and pump extra money into pensions.

Accomplished big-time attorney that he is, Orr sounds compelling when he pleads, “I think people need to be aware of what a unique, historic and exceptional effort this is.

“This has never happened anywhere else,” he said. “People need to realize this is a heck of a gift, and you should not in any way think that it is unconditional or that it can’t go away. It can.”

Orr is not convincing everyone, however.

Art Schwartz, a former GM labor negotiator and now a private consultant, said union negotiators always want to appear to be fighting for their members.

Pat O’Keefe, head of the Bloomfield Hills turnaround consulting firm O’Keefe & Associates, said there’s little incentive for retirees to move quickly, because so far the outlook for them has gotten better, not worse. Judge Steven Rhodes has pushed the city to cut its payouts to big banks in the Chapter 9 case. And mediation efforts have added more money to the pot with pledges from the foundations and others.

“I don’t sense that the commitment of the foundations is time-sensitive,” he said. “If they want to preserve the art and help the pensioners, they will feel the same way six months or a year from now.” Orr, however, said the very reason Detroit is in such dire shape is that it put off dealing with reality, over and over again, for decades and decades. “Let’s not make the same kinds of mistakes that we’ve made in the past by not making difficult decisions,” he said.

So, is Detroit doomed to suffer through another excruciating long standoff among the bargainers holding the city’s future in their hands, just as this region has in the past with union-management labor contract talks that never seemed to get serious until the ninth or 10th innings?

Or is the Chapter 9 showdown something unique?

There are some differences that could be encouraging, depending on one’s perspective.

With collective bargaining suspended during the bankruptcy, there’s no rank-and-file vote by city workers on the final plan. But there is still pressure on their negotiators, who could get voted out of their union offices if they are judged to be ineffectual.

Most importantly, Rhodes, the bankruptcy judge, has huge influence on what gets approved and when.

Schwartz said there’s some similarity between Rhodes’ power in the Chapter 9 bankruptcy and the role of President Barack Obama and the U.S. Treasury during the General Motors and Chrysler bankruptcies of 2009.

“We were talking, we were bargaining with the union at GM then, but there was also a 600-pound gorilla in the room, the federal government,” Schwartz recalled.

And so it is with Detroit’s latest labor-management showdown.

Orr can cajole and hoot and holler about the need for speed instead of the slow-walk ritual of what passes for negotiations in these parts.

Judge Rhodes, however, is the guy with the hammer.