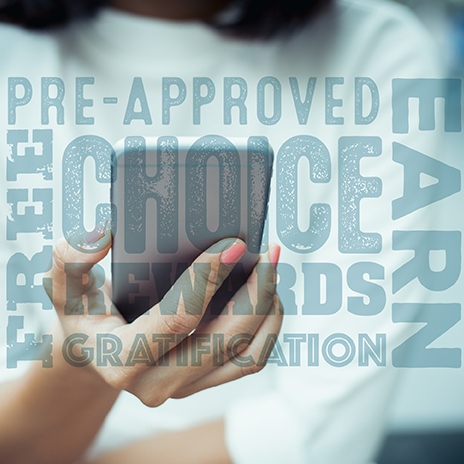 As mentioned previously, disruption of the financial industry has been similar to that of other industries, with start-ups offering accessible, affordable and technology-driven services to capture market share. However, the disruption caused by Fintech has been different due to its embrace of behavioral economics, which explores the ways in which human decision-making strays from rational outcomes given risk or uncertainty.

When it comes to financial decision-making, irrational behavior is caused by the inability to measure opportunity costs, assess short-term versus long-term benefits, and take all available information into account. As a result, consumer choices are often biased, impulsive, driven by a desire for immediate gratification and subject to limited attention spans. Fintech companies accept these limitations and biases by designing their products to not only account for such behavior, but also guide consumers towards sound decisions through the use of nudging techniques (a nudge is an attempt to alter behavior without explicitly limiting choice). A famous application of a nudge can be seen in the 401(k) system, where in recent years companies began automatically enrolling new employees into a 401(k). According to Vanguard’s “How America Saves” Report, plans with automatic enrollment had an enrollment rate of 93%, compared to 63% for voluntary enrollment plans.

So why do consumers need to be nudged? Because, as the saying goes, we’re only human. In Thinking Fast and Slow (certainly one of the most influential books ever published about behavioral economics), Daniel Kahneman explains that humans are subject to bounded rationality, and their thinking can be described by two systems – “fast” and “slow.” He poses a puzzle to illustrate the two systems of thought. It goes like this:
• A bat and ball cost $1.10
• The bat costs one dollar more than the ball.
• How much does the ball cost?

Kahneman urges the reader to follow their intuition, which should arrive at a conclusion following the “fast” system. The common answer found is ten cents. However, doing the math, at this price the total cost would amount to $1.20 ($0.10 for the ball and $1.10 for the bat, which costs one dollar more than the ball). The correct answer is five cents. This example is intended to illustrate how the fast (or automatic) system is impulsive, intuitive, emotional, and likely to fall prey to immediate gratification. In contrast, the slow system is logical and effortful.

These concepts behind behavioral economics have been employed in marketing of financial products for some time, often exploiting consumer emotions to evoke needs and wants (appealing to the “fast” system). Every one of us has received a letter in the mail with “pre-approved” stamped on the front. Almost all credit cards market themselves based upon the rewards they offer in the form of either financial incentive or some form of exclusive service. Banks and other financial institutions emphasize the “free” services offered when trying to sell you something else. These examples show the ways in which we, as consumers, are susceptible to making financial decisions based upon criteria that are not related to our financial well-being. That’s where Fintech meets behavioral economics.

Take the mobile apps Ladder and Lemonade, which address consumers’ needs for immediate gratification while also improving their financial well-being. Both apps are designed to be instant using advanced data analytics – allowing (or nudging) users to sign up for policies in minutes, not days or weeks, and even get paid out for a claim in 3 minutes. Further, these companies are intentionally named to sound nothing like a traditional bank or insurance company. This is known in behavioral economics as priming, which involves stimuli used to invoke certain ideas or emotions. In the case of Fintech, different naming conventions allow these companies to establish from the outset that their services are different. (A great example of the power of branding is EarnUp, a loan-payment app, which changed its name from APASave after research found that people prefer the term “earn” to “save.”)

Another example of behavioral economics in Fintech is the application Acorns, which is one of many investing apps. The company recognizes that people are influenced by present bias, whereby they place greater value on rewards today than in the future, and they are therefore resistant to saving – never mind actually investing. The app allows users to invest without taking a chunk out of your monthly paycheck by rounding everyday transactions up to the nearest dollar, taking the difference and investing it in an ETF or retirement account. The automated process of a relatively immaterial amount allows (nudges) consumers to begin investing without large commitments.

Another bias we are all guilty of is mental accounting, which results in different treatment of certain monies when it should really all be treated the same. The best example is how people treat their end-of-year bonuses or tax refunds differently as compared to their monthly paychecks, which usually means they use these funds more frivolously. (Side note: The government also employs some behavioral economics. If tax refunds were instead – and more appropriately – called government loan repayment, I’m certain people would think twice about the withholdings on their paycheck each month.) To address this, some Fintech apps nudge consumers to set aside some of these funds before they hit their bank accounts, thereby avoiding the temptation to splurge on a shopping spree.

The Fintech examples above have been selected to illustrate my point (otherwise known in behavioral economics as confirmation bias) that irrational behavior does not necessarily need to be overcome by modern technology, but rather directly addressed. The developments in Fintech in recent years provide promise that the new generation of financial institutions will help us all become more financially responsible by making insurance and saving easier, more accessible, and more approachable, thereby also enabling outreach to under-banked communities. Exciting times ahead.