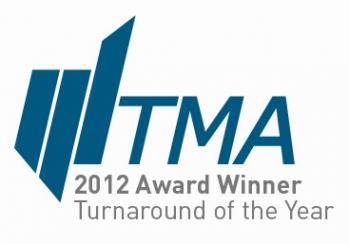 CHICAGO – The Turnaround Management Association (TMA) has announced transactional financial consulting and strategic advisory firm, O’Keefe, will receive the prestigious 2012 TMA Turnaround of the Year – Middle Market Award on November 3. O’Keefe will be honored during a special Awards Brunch, taking place at 9 a.m. at the association’s 24th annual conference, The Annual, held at the Westin Copley Place Boston, Boston, Massachusetts.

Since 1993, TMA has honored financial/operational excellence through its annual awards program, which recognizes the most successful turnarounds and impactful transactions. This year’s winners saved countless jobs and made a significant economic impact, both locally and globally.

To secure the award, O’Keefe led the successful reorganizing of a prominent Michigan-based fruit processing company. Not only did O’Keefe rescue the business from liquidation but after 18 months the Company was positioned to have its most profitable year ever. O’Keefe saved over 200 jobs for the second largest employer in its region.