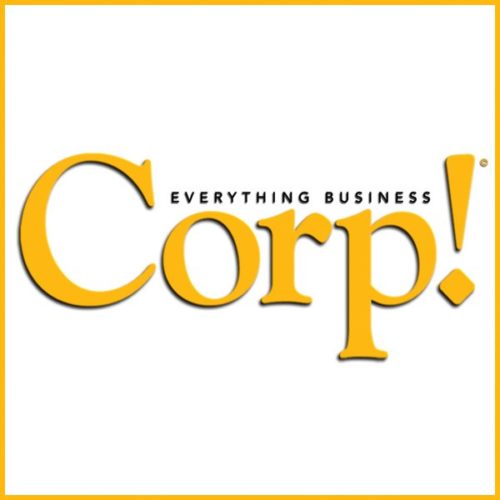 Mergers and acquisitions activity remained robust in 2019, even after the two preceding “banner years,” one of which saw a record number of U.S. transactions, and Michigan-based M&A experts see more of the same for this year.

Companies in the health care, technology and financial services sectors, along with – at least for one analyst – manufacturing, are among those expected to continue generating interest in the M&A market, white trucking, fast food and, with notable exceptions, automotive-related businesses are generally seen as less desirable targets for potential buyers.

“People are still trying to find ways they can find yield on their capital,” said Patrick O’Keefe, a certified public accountant and the founder and chief executive officer of O’Keefe, a business consulting firm with offices in Bloomfield Hills and Grand Rapids.

“There’s still a lot of capital out there,” O’Keefe added. “There’s plenty of product and plenty of money out there chasing it.”

“It hasn’t tailed off, as many people were expecting,” said attorney Robert Stead, a merger and acquisition specialist and the managing partner of the Grand Rapids office of the law firm Barnes & Thornburg. “I think it is sector-driven, though. Some sectors are more active than others.”

Corp! Magazine recently spoke with O’Keefe, Stead and other Michigan merger and acquisition professional to get their takes on the current M&A market and what to look for in the field in 2020.

Richard Buslepp, an attorney and M&A specialist at Kerr, Russell and Weber in Detroit, said 2017 and 2018 were tough acts to follow in terms of M&A activity.

“There were some pretty big years there,” said Buslepp of 2017 and 2018. “Those were just really banner years.”

Auto slowdown, or maybe not?

Buslepp and other experts talk about a slowdown in M&A activity in the automotive sector, as the industry’s growth of recent years is widely seen as having tapered off. Auto-related businesses are still prime movers in the Michigan economy, Buslepp said.

“When you’re at the end of the boom cycle, looking toward a pullback, I see less desire on the part of buyers to make investments in that market,” Buslepp said.

“That industry arguably is slowing down, so (analytics) are seeing multiples shrink,” said O’Keefe. “Multiples,” in the merger and acquisition world, is a measurement of a company’s value to a potential buyer.

Buslepp and others agreed, however, that some areas within the sector remain prime targets.

“The tech segment has kind of taken on a life of its own,” said Buslepp. “It’s probably still garnering a fair amount of interest.”

“I would say (automotive is) flattening a little bit,” said Stead. “Some segments are stronger. The whole notion of driverless vehicles is still intriguing to people.” The tech segment within automotive also is strong, he agreed.

Randy Rua, the president of NuVescor, a Hudsonville-based M&A consulting firm, had a different take, saying automotive may be turning a corner.

There’s been less interest recently, especially in the tool-and-die segment, but word is that the automotive market is improving, Rua wrote in an email. NuVescor is “waiting to see that (uptick) turn to revenue before we can be sure it is stabilizing or continuing to decline,” he said.

Companies with an automotive component that also have business in other sectors are getting higher valuations as potential acquisition targets than non-diversified auto-related companies, Rua said.

“A lot of companies that survived the last downturn have diversified and can handle the ups and downs of the automotive industry by moving into other industries when needed,” he said.

The technology, health care and financial services sectors are among those that are likely to continue seeing a lot of M&A interest in 2020, experts said.

In technology, said O’Keefe, it’s not only providers that are doing well, but also service-oriented companies that are able to deploy tech and show customers how to use it to their advantage.

Data-mining is an example, he said. “The companies that do that and develop it, it’s a real asset,” he said.

Health care remains popular in the M&A world, O’Keefe and others said.

“The health care side is still kind of consolidating, looking for cost savings,” said Buslepp. “That continues to be strong.”

Barnes & Thornburg, Stead said was recently in the sale of a Michigan ophthalmology practice to a private equity firm.

“There’s always a great deal of concern about a private equity firm that’s going to come in and impose its will,” but both parties remain satisfied with the deal, he said.

Buslepp said that financial services companies, including banks, are also often attractive targets. Such companies need to grow in order to compete by providing customers with more services, he said, and can do that by acquiring similar companies.

“You’re continuing to see consolidation on the banks. Even the credit unions,” Buslepp said.

He added: “In order to provide those services you need a certain size level. Once you hit that critical mass, you’re able to offer more.

And cool ones, with caveat

Trucking and fast food businesses were among those O’Keefe said are seeing less interest in the M&A marketplace.

“With autonomous vehicles, you can see less and less need for trucking-type companies in the future,” said O’Keefe. “It’s been hard to make money in the trucking industry for some time, with fuel costs and regulatory costs.”

Automation is also playing a role in transforming the fast food industry, he said. “There’s a big push to automate a lot of fast food,” he said.

But in Rua’s practice, automation itself is a segment of manufacturing that remains strong. “We have sold several automation companies and still have very high buyer demand for automation businesses,” he said.

Some see the manufacturing sector, even outside of automotive, as slowing down and thus attracting less interest from potential buyers.

“We have seen a decline in transactions involving manufacturers and expect that trend to continue,” Buslepp said.

“The whole economy has been moving away from a manufacturing to sort of a service sector,” said O’Keefe.

Rua, gain, had another perspective. Tariffs imposed by President Trump’s administration, he said, have created some space in manufacturing. One NuVescor client, for example, is looking to buy a wire harness manufacturer because tariffs have driven up the price of Chinese-made wire harnesses, he said.

Manufacturing is NuVescor’s primary focus. “We primarily focus on the manufacturing sector and expect that sector to continue to be hot in 2020 because of the need for more manufacturing capacity in the U.S.,” Rua said.

Stead discussed forces in the economy, and in society in general, that could affect future M&A activity, including:

• Interest rates: borrowing costs are low – a good thing for buyers – and the U.S. Federal Reserve, which was raising interest rates in 2018, appears to want to keep them low.

“I think that concern (about rising interest rates) has subsided;” Stead said.

• The last recession: economic downturns can create opportunities for buyers when company owners decide they don’t want to – or can’t – go through another economic cycle. But that may not be the case in the automotive sector during the next recession, said Stead.

“There was a lot of weeding out of weaker players in the automotive sector” during the Great Recession, he said. “There may not be as many opportunities as there were then.”

• Private equity: investors have money, Stead said, and are expected to stay in the M&A market. “They have a lot of cash to deploy still, and they need to keep it invested and working for them,” he said.

• Politics: with a national election looming in 2020, buyers and sellers could soon be looking at a different political landscape, but that’s not making much difference now, Stead said.

“There is a little bit of slowing because of that uncertainty, but not as much as you might think,” he said.

However, the president’s impeachment, said Stead, speaking in early December, could add another political wrinkle to the market.