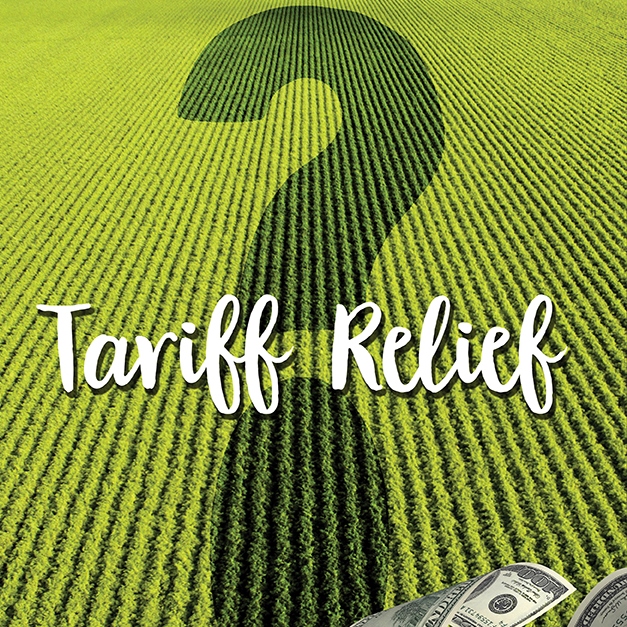 In Late August, the U.S. Department of Agriculture (USDA) announced the structure of $12 billion in programs designed to assist farmers in response to damages they have suffered due to retaliatory tariffs. The tariffs on U.S. agriculture were implemented by foreign governments this year in response to U.S. steel and aluminum tariffs. The aid programs will be a combination of (a) direct payments to farmers via the Market Facilitation Program (MFP), (b) a food purchase program administered by the USDA’s agricultural marketing services, and (c) funding for the development of foreign markets for U.S. agriculture products.

The guidelines for the first round of funding propose limits and include only 50% of the anticipated total funding for the program. There are restrictions placed on applicants such as limiting the average adjusted gross income (AGI) to less than $900,000 for each of the three years 2014, 2015 and 2016. Payments will be capped at $125,000 to each person or legal enterprise. The initial MFP payment will be calculated by multiplying 50 percent of the producer’s total 2018 actual production by the applicable MFP rate. In addition, the various commodities have caps on the amount of total payments. Initially
the MFP will distribute $4.7 billion to seven commodities as follows: 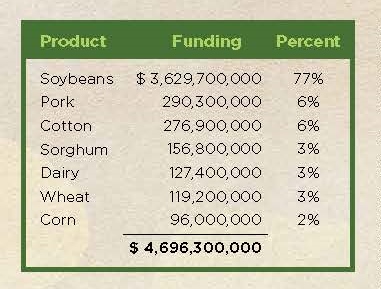 In addition, 29 other crops will be purchased from farmers for $1.24 billion based on an economic analysis of the damage caused by the tariffs, bringing the initial aid to a total of $6 billion.

Reaction to the rate of tariff relief was swift—and less than complimentary. Jim Mulhern, CEO and President of the National Milk Producers Federation commented that, “Today’s announcement by the USDA on its tariff mitigation plan falls far short of addressing
the losses dairy producers are experiencing due to trade retaliation resulting from the Trump Administration’s imposition of steel and aluminum tariffs.” In addition, the current state of NAFTA renegotiations is very uncertain (as of the writing of this article). As of today, there is a “tentative deal with Mexico,” however very few details have been made public. Recently Canada came back to the negotiating table, however, there are many issues on which the U.S. and Canada still do not agree. The uncertainty surrounding steel, aluminum, and automotive import tariffs will continue to impact the agricultural retaliatory export tariffs. Government assistance, while welcomed by some, is also not a favored solution by many. Time will tell. Most importantly, stay up to date and be ready to react when the economic and political environments dictate.