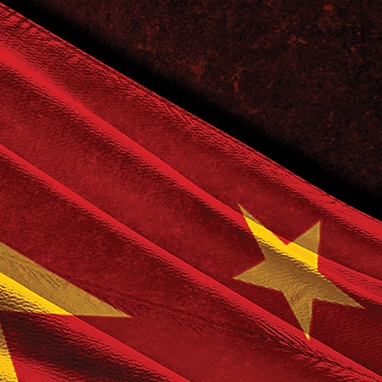 Tariffs – The First Step Down a Long Road

In August of 2017 the United States Trade Representative initiated an investigation under
Section 301 of the of the Trade Act of 1974 into “China’s laws, policies, practices, or actions that may be harming American intellectual property rights.” Section 301 allows for the use of trade sanctions to protect intellectual property (“IP”) rights. Subsequent to the Representatives’ report, tariffs were imposed upon China, which for years has been accused of demanding the transfer of IP rights from foreign firms seeking to gain access to the Chinese market. A 2015 paper by the Federal Reserve Bank of Minneapolis found that this quid pro quo policy has resulted in more than half of all technology owned by Chinese firms being obtained from foreign firms.

There is a wide range of estimates for losses caused by foreign IP theft. A 2011 report by the U.S. International Trade Commission estimated that total annual losses due to IP infringement in China were $48.2 billion, of which $36.6 billion represented lost sales, $11.6 billion being lost royalty or license payments. The majority of these losses related to either copyright or trademark infringement. A 2013 report by the National Bureau of Asian Research (“NBAR”), a nonprofit based in Washington DC, estimated the losses due to IP theft to be far higher, over $300 billion globally, with China allegedly being responsible for up to 70% of those losses. These two reports agree on the consequences
of IP infringement for the U.S. Beyond the direct loss of sales and fees, infringement diminishes the incentives to innovate, creates a drag on U.S. GDP, and denies employment opportunities in the U.S.

What is the solution to this issue? For China, the problem is rooted in the policy of “indigenous innovation” which seeks to turn China into a technological powerhouse by 2020 by “enhancing original innovation through co-innovation and re-innovation based on the assimilation of imported technologies.” A focus upon “imported technologies” does not promote IP rights for either domestic or foreign firms. A society that respects IP rights is a self-innovating society. But this does not happen overnight.

In the U.S., Congress passed the Copyright Act in 1790. That same year, George Washington signed the bill that laid the foundation of our modern patent system. Over
time, IP rights and self-innovating values have been ingrained within U.S. business culture. This has required the long-term commitment of the business community,
the courts, and legislators. In contrast, China only began to form its IP laws in the 1980’s. Consequently, while today China has numerous modern economies from which to mold its IP laws and institutions, we should not underestimate the scale of this endeavor.

As discussed in the 2013 report by NBAR, the solutions to IP theft are complex and require long-term commitments from both the U.S. and China. The recommendations for the U.S. government included, but were not limited to, preventing goods derived from
stolen IP from entering the U.S. market, increasing accountability and deterrence for foreign firms using stolen IP, and emphasizing IP protections in the priorities of American diplomats. China must commit to encouraging technological development from within
while promoting the rule of law surrounding the IP rights of both domestic and foreign firms. Tariffs may bring the two nations to the negotiating table, but the road ahead is long.