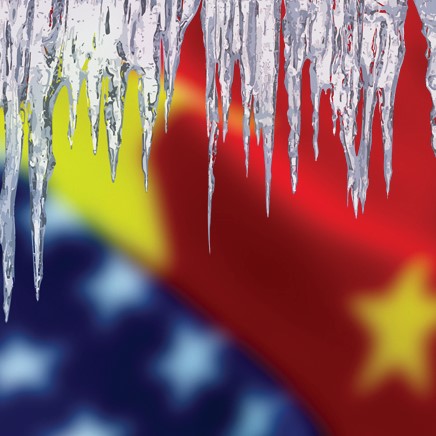 Thawing Tensions Between the U.S. and China

On January 15th, the United States and China signed a trade agreement including several commitments related to intellectual property (“IP”) protection, signaling a weakening of tensions between the two countries. In addition to the commitments related to IP, China agreed to purchase $200 billion worth of U.S. goods and services over the next two years. Yet the dispute is not over. The agreement between the countries did not remove all tariﬀs, with President Trump stating that certain tariﬀs will remain until the next round of negotiations are successful – and for good reason.¹ While few can disagree with the need for an agreement between the two countries, the underlying details reveal that the origin of the dispute is far from settled.

Taking a step back, the trade dispute began in August of 2017 when the United States Trade Representative (“USTR”) initiated an investigation under Section 301 of the Trade Act of 1974 into “China’s laws, policies, practices, or actions that may be harming American intellectual property rights.” Section 301 allows for the use of trade sanctions to protect IP rights. Subsequent to the USTR’s report, tariﬀs were imposed upon China, which for years has been accused of demanding the transfer of IP rights from foreign ﬁrms seeking to gain access to the Chinese market. A 2015 paper by the Federal Reserve Bank of Minneapolis found that this quid pro quo policy had resulted in more than half of all technology owned by Chinese ﬁrms being obtained from foreign ﬁrms.

Estimates of the dollars lost as a result of Chinese IP practices are equally staggering. A 2011 report by the U.S. International Trade Commission estimated that total annual losses due to IP infringement in China were $48.2 billion, of which $36.6 billion represented lost sales, $11.6 billion being lost royalty or license payments. The majority of these losses related to either copyright or trademark infringement. A 2013 report by the National Bureau of Asian Research (“NBAR”), a nonproﬁt based in Washington DC, estimated the losses due to IP theft to be far higher, over $300 billion globally, with China allegedly being responsible for up to 70% of those losses.

These requirements provide optimism that the agreement is a step in the right direction. Yet a focus upon China’s behavior outside of the deal paints a less optimistic picture. Subsequent to the initiation of the trade dispute in August 2017, the USTR has released further reports detailing its ﬁndings of Chinese practices related to IP rights and protections. In March 2018, the investigation of China’s policies found that promises have been made and broken before, stating: “On at least eight occasions since 2010, the Chinese government has committed not to use technology transfer as a condition for market access and to permit technology transfer decisions to be negotiated independently by businesses… The evidence adduced in this investigation establishes that China’s technology transfer regime continues, notwithstanding repeated bilateral commitments and government statements.”

A November 2018 update from the USTR relating to the investigation stated “China’s acts, policies, and practices related to forced technology transfer in China persist” and “China shows no sign of ceasing its policy and practice of conducting and supporting cyber enabled theft and intrusions into the commercial networks of U.S. companies.”

While the recent agreement between the U.S. and China is a step in the right direction, the battle is far from over. The decrease in tariﬀs implemented by the U.S. and the commitment by China to purchase U.S. goods and services will temporarily appease the two parties, and perhaps gestures of good faith will spur incremental improvements. However, the U.S. will eventually want to see structural change in China’s treatment of IP rights and protections and China will want an end to U.S. tariﬀs altogether. If you’re waiting for both sides to get what they want, don’t hold your breath. This will be a long process to stem the tide of unfair trade practices.