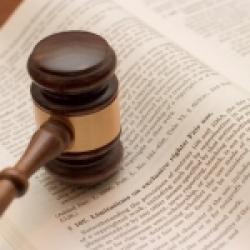 The (still) Uncertain Fate of Trademark Licenses in Bankruptcy

On Feb. 20, 2019, the U.S. Supreme Court heard arguments in Mission Product Holdings (“Mission”) v. Tempnology, LLC (“Tempnology”), a case centered on the unresolved fate of rejected trademark licenses in bankruptcy cases. At issue is a 2012 distribution agreement (“Mission Agreement”) in which Tempnology granted Mission with certain rights to Tempnology’s intellectual property, including a limited license to Tempnology’s trademark for purposes of distribution of its products. Tempnology develops, manufactures and sells fabric products such as towels and socks for use during exercise.

After incurring substantial losses in 2013 and 2014, Tempnology filed for bankruptcy in 2015 and rejected the Mission Agreement under Section 365(a), which states “the trustee, subject to the court’s approval, may assume or reject any executory contract or unexpired lease of the debtor.” Mission opposed this motion by asserting Section 365(n), which protects a licensee’s rights related to intellectual property in bankruptcy. However, the definition of “intellectual property” in the bankruptcy code includes patents and copyrights, but not trademarks.

The Lanham Act of 1946, which allowed trademark holders to license to others, requires
trademark holders to control the nature and quality of the licensees’ use of these marks. After all, trademarks are intended to provide consumers with an indication of quality. Therefore, the right to hold such a mark is inherently tied to the obligation of upholding its quality.

The omission of trademarks from the definition of intellectual property was driven by Congress’ uncertainty as to whether debtor-licensors would adhere to this obligation, since trademark licenses “depend to a large extent on control of the quality of the products or services sold by the licensee.”

Rather than take decisive action, Congress decided to wait for the courts to reach consensus on the issue, stating “it was determined to postpone congressional action in this area and to allow the development of equitable treatment of this situation by bankruptcy courts.” That was in 1988.

Since then, courts have been allowed discretion as to the treatment of trademark licenses, and have failed to reach any consensus on the issue. For example, the Seventh Circuit has allowed trademark licensees to continue using licensed trademarks after being rejected. On the other hand, the First Circuit has maintained that rejection effectively cuts off the licensee.

These conflicting positions have resulted in different outcomes based upon where the licensor has filed for bankruptcy. When courts have favored the licensee in allowing continued use, the trademark is less marketable for the bankrupt licensor and therefore less valuable. Rulings that approve the rejection of a license leave the licensee “high and dry” in their use of a trademark potentially vital to their ongoing operations (but also ending a source of revenue to the licensor).

If you believe the 31-year wait for clarity is coming to an end, don’t hold your breath. Mission had actually elected to terminate the agreement before Tempnology filed for bankruptcy, and there were only a few months remaining under the license when Tempnology filed for bankruptcy and rejected the agreement. As a result, some speculate that the Supreme Court may find that the case is moot. Others believe that this matter is too important to delay any further, and the court will end the wait this spring.