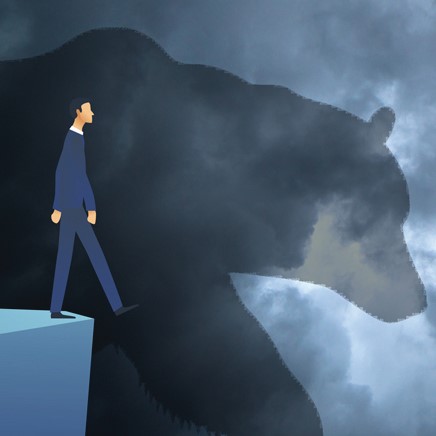 What Should I be Considering for my Company with a Recession Likely Approaching?

Although a hotly debated area for economists, many are predicting a recession in the next 6 to 12 months given negative indicators such as the inverted yield curve¹ and a slow-down in manufacturing. With a potential recession looming, many business owners may be wondering what they should be doing to prepare for it. How can they get ahead of the curve and avoid being forced to react hastily in a crisis? Unfortunately, a sound recession business strategy isn’t something one can “pull out of a hat” as soon as the economy turns. It is a comprehensive plan that includes a proactive and strategic response to the economic downturn.

The second key area is that most successful companies did not only focus on short-term issues to weather the impending economic roller coaster, they maintained a long-term strategic perspective. Although many companies pursued operational eﬃciencies and improving proﬁt margins, the most successful companies also focused on revenue growth. Prior to and during a recession, it is critical to understand that loyal customers are the primary, stable source of cash ﬂow and organic growth. Although it is prudent to contain costs, failing to support brands or examine core customers’ changing needs can threaten performance over the long-term.

Companies that put customer needs under the microscope and tactically adjust strategies and product oﬀerings are more likely than others to ﬂourish both during and after a recession.

Another area of importance, that is often overlooked, is to review and amend the practices for ongoing management of order fulﬁllment, new product launches, and product discontinuation. A well designed and properly implemented product management policy will maximize margins on new products. In addition, through the use of technology, implementation of new strategies to tightly integrate the company with its customers on one end and its suppliers and/or operations on the other end can provide tremendous eﬃciencies. Improvements in technology, if designed and implemented properly, can also reduce risk cycle time from order to delivery, inventory levels, and costs associated with administration. Learning to understand the implications of changes in technology and how to adapt and utilize new technology can be key to attaining a competitive edge.
Management should also review the supplier base including, but not limited to, the number of suppliers, locations, terms/pricing, minimum order quantities, lead times, and level of defects. It is important to re-examine the methods and key performance indicators that are used to manage key external suppliers to mitigate supply chain risk. This type of analysis can result in more reliable, timely, and cost-eﬀective raw material and ﬁnished product sourcing.

A critical indicator for a business’ strength is its ability to perform during recessionary times. Downturns can shine a spotlight on the long-term health of a business, revealing vulnerabilities that might not have been as visible in good times. Successful companies have proven the importance of a proactive and strategic business plan to prevent vulnerabilities which can be the key to thriving rather than just surviving the next economic downturn. Many companies do not take the time to make this objective self-assessment leading to an outside stimulus to provide change when options are fewer.

¹The inverted yield curve is measured when longer-term government bond interest rates fall below short-term interest rates.
²Kevin Laczkowski and Mihir Mysore, “What Companies Should Do To Prepare For A Recession,” Harvard Business Review, May 9, 2019.
³The yield curve has been inverted since March 2019.