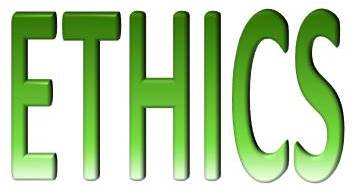 A Lesson In Business Ethics from a Convicted Felon

I recently attended a presentation by Andrew Fastow held by the Birmingham Bloomfield Chamber of Commerce. Andrew Fastow, the former Chief Financial Officer at Enron who pleaded guilty to two counts of conspiracy, forfeited nearly $24 million, and spent more than five years in prison for securities fraud. For those who don’t remember, it was Fastow who designed the web of “off-balance sheet” companies that allowed Enron to hide its financial condition. A year before the implosion, the stock was trading at $90 a share, an all-time high. When the truth finally came out, shares were going for 40¢ apiece.

In the four years since his release he has toured the country teaching the lessons he has learned. He speaks to lawyers, CPA’s, business leaders and college students around the country. The discussion was enlightening. Most importantly it was refreshing. Mr. Fastow took full responsibility for his actions – unlike what we see in today’s headlines. Ethics lessons are in every news article – Clintons email server, VW’s emissions lies, and this morning I heard a story on the news of a former Detroit Public School official accused of fixing contracts and receiving bribes in the Chicago public school systems. It seems today that no one wants to take responsibility and face the consequences. Rather, it seems that the world is satisfied with cheating fair and square.

Fastow stated that he committed fraud and deserved to go to prison. Despite all the potential finger pointing he may have been entitled to, there was none of that. I saw a sincere, humbled, man who stated, “I operated in the gray areas of the rules, and what I did was wrong … I believe it is correct that I went to prison”.

Fastow maintains that the complexity and ambiguity of the rules (GAAP, IRS, SEC) , created an advantage for the “creative” professionals. It is indeed possible to follow the letter of the law, but undermine the principal of those laws. This is where Fastow states he went wrong. When he was CFO, he was rewarded based on his ability to follow, yet exploit, the rules. In 2000, CFO magazine recognized Fastow as the “CFO of the Year” due to his use of off balance sheet financing. It was a short time later that he was indicted for his creative financing. He brought his CFO of the Year trophy to the lecture – and then he showed us his Federal Prison card – both of which he received based on the same business transactions. This was a very sobering illustration.

I walked away with two reminders to myself – 1. Take Responsibility for your decisions and the consequences 2. Don’t believe your own excuses.

Thank you Mr. Fastow for a refreshing and open conversation about business ethics.