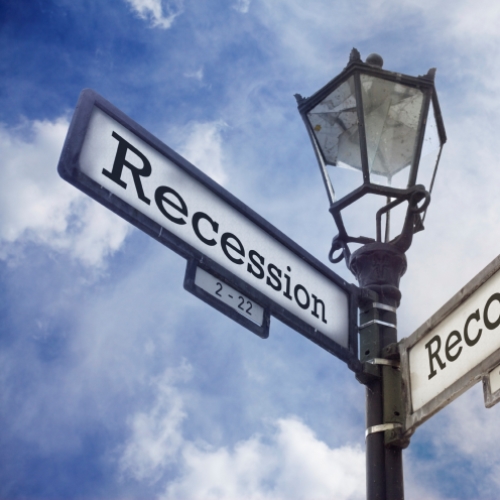 Economic Update – Are we Heading into a Recession?

The accomplishments of our President have been alarmingly few and dismal. We have 35% more people on food stamps. We have more people joining food stamp rolls than payrolls as the total employment has only grown 2% over the same period. The economy is a little like peddling a bike. It needs to achieve a certain speed or it falls down (recession). That speed is 2% growth which does not appear we will achieve this year. An economist from Bloomberg has 5 bell weathers that hint of a recession and 4 of them deal with the purchasing habits of women that comprise 82% of all consumer spending which comprises 70% of GDP. The bell weathers that are trending downward are dining out, cosmetics, watches and jewelry and dress purchases. Women control household spending generally. Even the CEO at Lowe’s recognizes that men control spending over screwdrivers, hammers and powertools, but women buy the big ticket items like carpet and kitchen cabinets. An executive of Walmart said the busiest time in Walmart to shop is 10:45 p.m. on the last day of the month. I was a little interested in the preciseness of this observation and the fact it wasn’t Christmas related. The reason is, mothers on food stamps are in Walmart and in line after the stroke of midnight as their food stamp card gets reloaded for the month. The U.S. Government spent $465 billion which predominantly went to increase unemployment benefits over the last 2 years. We paid people who were unemployed machinists, construction workers, and the like to sit home watching Oprah when they could have been rebuilding an infrastructure. As taxpayers we received nothing in return. Now we don’t have the money for our crumbling infrastructure. Brilliant economic strategy. Is it any wonder consumers and business owners lack confidence in the economic climate and Washington?

It will be more important than ever for business owners to critically assess their profit margins and rationalization of their existing infrastructure to make sure they are poised to survive another recession if it should hit in 2013. Outside strategic advisory is often a tool to assist Companies that don’t have an outside Board to strategize over key issues. The old saying of an ounce of prevention is worth a pound of cure is true for Companies that want to survive the next downturn.