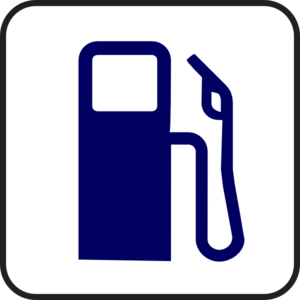 Financing Fuel Jobbers – It’s Imperative to Look Under the Hood

Fuel Jobbers are distributors of gasoline and act as the go between for the large oil companies and the ultimate customer, the gas station. On the surface, fuel jobbers appear to be very attractive loan candidates, especially for asset based lenders. Even small to mid size fuel jobbers will have $50 – $150 million in annual revenue and require lines of credit in the $5-$20 million range. Fuel jobbers are typified by having large accounts receivable balances to use as collateral with minimal reliance on inventory or fixed assets.

O’Keefe has been involved in a number of financially troubled fuel jobbers and inevitably the lender involved has not understood the riskiness of the accounts receivable collateral or the cash flow cycle of the Jobber’s customer – the gas station. Inexperienced lenders will treat the Jobber’s gas station receivables much like they would a typical business, with invoices only becoming ineligible for reliance as collateral 60-90 days after the invoice date.

Unfortunately, by the time a gas station receivable gets to be over 10 days old, the money is gone and likely never to return. A gas station receives 2-3 deliveries per week with a standard delivery in the $20,000 – $30,000 range. The gas station’s customers pay for fuel using either cash or credit card and the gas station receives funds in 0-5 days. It’s easy to see how a gas station can quickly build a large accounts receivable balance if strict payment terms are not enforced. If a lender is allowing collateral invoice eligibility of 60-90 days, and the fuel jobber in turn has similar terms for his customers or does not enforce collection policies in order to pump up sales, the lender is opening themselves up to a huge risk.

When a gas station turns the fuel load to cash within five days, but is not required to pay for 60 days, there is 55 days worth of float that can be used to pay for items unrelated to the business such as the purchase of other gas stations, a new car, or to fund a gambling addiction. We have seen all of the above and once the money at the gas station level is gone, it’s gone for good and the lender has little recourse.

For a lender extending credit on accounts receivable, especially gas station receivables, it’s imperative that the lender understand the cash cycle of the borrower’s customer so as to structure the collateral and borrowing base appropriately. Otherwise, when the lender goes to enforce its collateral rights, all they will have is a borrowing base that shows a large accounts receivable balance, but minimal value when it comes time to actually collect – if there is anything to collect at all.