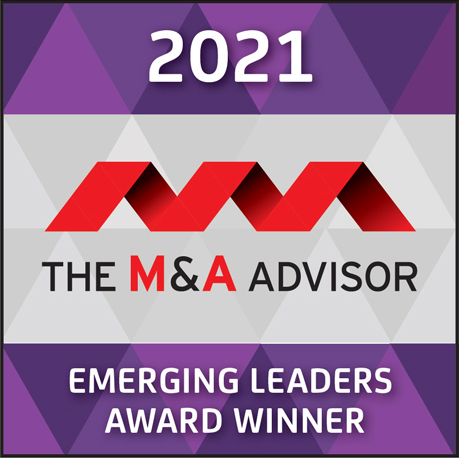 Marco Eadie, Managing Director at O’Keefe, has been named an Emerging Leader by The M&A Advisor as part of their 12th annual “Emerging Leaders” awards. The Emerging
Leaders Awards honor the achievements of outstanding young professionals who have reached a significant level of success in mergers and acquisitions, turnaround and financing while still under the age of 40. The Awards will be presented during a Gala dinner celebration during the 2021 Future of Dealmaking Summit in New York City on
Wednesday, October 20.

Launched in 2010 as the “40 Under 40 Awards”, The M&A Advisor’s Emerging Leaders Awards is renowned globally for recognizing great achievements and leadership among mergers and acquisitions, financing, and turnaround professionals. The M&A Advisor created the program to honor the significant contributions of accomplished, future
leaders in a robust industry of dealmakers, promote mentorship and professional development of these individuals, and celebrate their accomplishments and contributions to progress in the industry.

Eadie is the head of O’Keefe’s Corporate Finance group. For nearly 15 years, he has focused on transaction advisory services including mergers, acquisitions, restructurings, divestitures, and event-driven financing, including debt and equity capital raises for both private and publicly held companies. Marco’s ability to quickly understand businesses and their respective value drivers, agnostic to industry, has led to the completion of over 40 successful transactions.