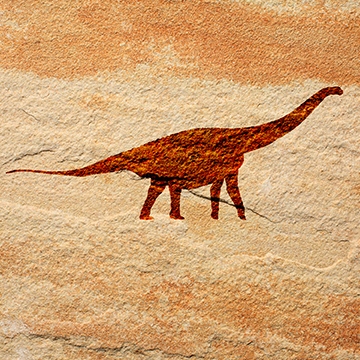 Is the US Passenger Car Market Headed for Extinction?

The U.S. consumer’s appetite for trucks and sport utility vehicles (SUVs) is undeniable, leaving industry experts to ponder if the U.S. passenger car market is coming to an end. In 2018, almost 70 percent of new vehicles sold in the United States were trucks and SUVs compared to 50 percent five years ago. In addition, industry experts forecast that trucks and SUVs could account for as much as 80 percent of new vehicle sales by 2025.

The U.S. consumer preference shift from cars to trucks and SUVs has left automotive plants with more passenger car capacity than needed to satisfy demand, while some truck plants are striving for capacity. This shift in consumer preference should be welcomed by the Detroit 3 (FCA, Ford, and GM) since they have struggled to make money selling sedans and have shifted to foreign production of traditional cars, while increasing production of profitable SUVs and trucks. However, it has also led to upheaval as the Detroit 3 have made shifts in production, implemented shift-cuts, announced plant closures, and are conducting layoffs.

FCA was among the first automakers to make a notable portfolio change when it eliminated the Chrysler 200 and Dodge Dart sedans in 2016; assembly lines for both models have been turned into extra capacity for building SUVs and pickup trucks. FCA is running at almost full capacity and recently announced plans to revive the Mack Avenue Engine Plant in Detroit to build a three-row Jeep SUV which could add 400 new jobs and would be the first new automotive assembly line to open in Detroit in over 25 years.

Ford is cutting jobs at Detroit area plants that build transmissions used in cars that Ford is eliminating (i.e., Focus, Fusion, and C-Max), as well as phasing out production on two shifts at assembly plants in Flat Rock (i.e., Ford Mustang and Lincoln Continental) and in Louisville, KY. However, workers displaced by the impending cuts will be offered jobs involving building gearboxes for the Ford F150 and Ranger pickups, as well as assembly of super duty pickups and full-size SUVs. Ford noted that these moves allow it to increase production of its profitable Ford Expedition and Lincoln Navigator SUVs by 20 percent.

GM recently announced five plant closures in North America due to declining car sales. Locally, this includes the Hamtramck Assembly Plant and the Warren Transmission Plant. As a result, GM will eliminate the vehicles built at these plants: Cadillac XTS, Chevrolet Cruze, Volt and Impala, and the Buick LaCrosse. It is unclear as to whether GM will eliminate the Cadillac CT6. This move will result in 14,000 layoffs (about 6,000 hourly and 8,000 salaried workers), and close plants in Michigan, Ohio, Maryland, and Ontario, Canada.

U.S. consumers continue to have a preference for larger vehicles. It seems that lower oil prices have offered little motivation for buyers to make fuel economy a priority and even if gas prices increase, industry experts expect consumers are more likely to switch to more fuel-efficient SUVs than switch back to sedans. Only time will tell if the Detroit 3 entirely abandon U.S. passenger car production, or provide a small percentage of sedans to hopefully satisfy the demand of the American passenger car consumer.