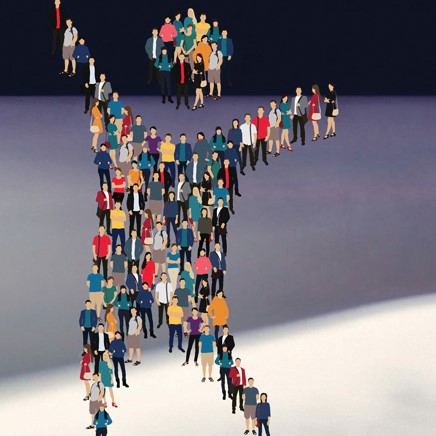 Non-compete clauses are provisions in employment agreements that restrict employees from working for a competing employer for some period of time after their employment ends. From 2000 to 2008, the number of court cases involving non-competition agreements nearly doubled,¹ which has raised concern at the Federal Trade Commission (“FTC”). On January 9, 2020, the FTC held a public workshop in Washington, D.C. to assess whether it should restrict the use of non-compete clauses in employment agreements. The workshop focused on the growing use of non-compete agreements by employers across industries, whether the use of these agreements is anti-competitive, and what authority the FTC has to regulate the use of these agreements in the  labor market.²

For the most part, panelists were in agreement that there is no legal or business justiﬁcation for the use of non-compete agreements for low-wage/low-skill workers (e.g., fast food workers, dog walkers, etc.) and cited evidence that such agreements resulted in depressed wages, diminished labor mobility, and limited employee bargaining power. It should also be noted that the rate of use of non-compete agreements in states where they are unenforceable is similar to the rate of use in states where they are legal, which led panelists to state that low-wage workers are unfamiliar with state laws governing their employment agreements and/or unable to hire counsel to advise them of their rights.³ In fact, a recent study found that banning non-competes for low-wage workers in Oregon increased hourly wages and job mobility.⁴ However, it is unclear whether the FTC has the authority to address non-compete agreements through rule-making.

A typical litigation matter for which we are asked to assist is where a sales representative who has signed a non-compete agreement leaves his employer, joins a competitor, and competes with the prior employer. In this example, plaintiﬀ’s economic expert will often quantify plaintiﬀ’s lost proﬁts.

We also see situations where an employee starts a business and directly competes with their current employer by utilizing misappropriated trade secrets to divert customers from their current employer to their newly formed entity. In this case, it is typical to see a plaintiﬀ’s expert compute defendant’s proﬁts to ascertain the proﬁts that the plaintiﬀ would have garnered had it not been for the actions of the defendant.

Litigation involving theft of conﬁdential information is another area for which we are asked to assist. It is common to see matters where conﬁdential information has been taken by a former employee; however, that information has not yet been utilized at the new employer. In this case, one cannot compute defendant’s proﬁts. It is also speculative to compute plaintiﬀ’s lost proﬁt. However, it does not mean that those trade secrets do not have value. At a minimum, they are worth the cost to recreate the asset (e.g., blue print or business plan).

It is unclear what authority the FTC has in regulating non-competition agreements.
In the current state, non-compete litigation is prevalent. It is also common to see
litigation where there are breach of  the non-competition agreement and trade secret misappropriation claims since, in many instances, it is alleged that a former employee has taken trade secret information to get a “head-start” at the new employer. While lawmakers and the FTC wrestle with the idea of restricting the use of non-compete clauses in employment agreements, there is no doubt that we can expect to see more litigation in this area.

¹Starr, Evan, “The Use, Abuse, and Enforceability of Non-Compete and No-Poach Agreements,” Economic Innovation Group, February 2019.