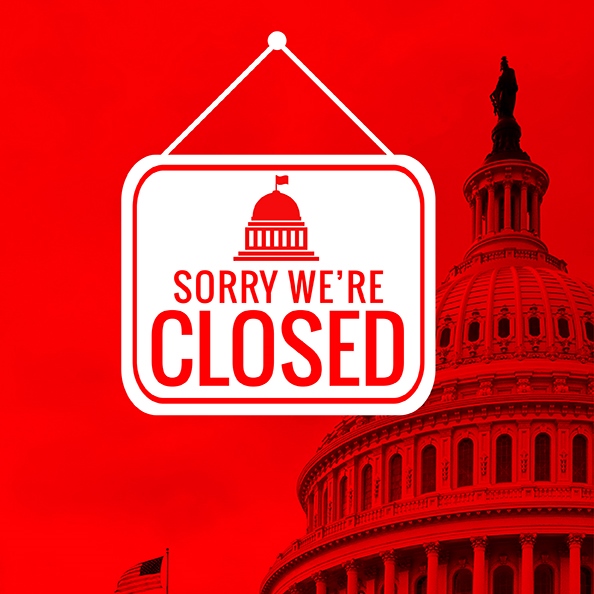 During the unprecedented government shutdown this year, 800,000 government workers were showing up for work and not getting paid. For an interim period, nobody really noticed except the workers who did not get their paychecks. But then the IRS stopped working, and refund checks were delayed. The court system was faced with sending some judges and clerks home and operating out of limited surplus funds to conduct some minimum level of judicial jurisprudence. TSA offices shut down and airline traffic safety was being compromised. Arguably, a terrorist’s dream with lower security. All of a sudden, this shutdown had the potential to impact people other than just the workers.

Rather than whining about how unfair the Democrats or Republicans are in their battle over funding the wall, people should stop and wonder what happens when the government can’t pay its bills. The reason 800,000 workers weren’t getting paid is because the national debt ceiling needed to be increased to pay our country’s bills. This is just like increasing your credit card limit to buy your groceries.

Nobody ever seems to pay attention to the debt ceiling but the Libertarians. To most Americans, it is just an imaginary credit card with no ceiling. If American Express continued to offer unlimited credit to people who could only pay their bills to them by increasing their credit limit, they would ultimately be out of business. We already experienced this phenomenon in the Savings and Loan Industry when it collapsed due to the S&Ls just rolling over mature mortgages and increasing debt amounts to borrowers just to pay their interest.

The day will come when the government will be broke. As a business unit offering employment, the government has no revenue that isn’t generated by the fruits of commerce. In other words, government is an expense. When you can’t afford certain expenses in business, you cut them. Our politicians haven’t figured that out. Our insolvent government continues to grow.

Government can confiscate wealth and income through taxes, but even that has limits in a democracy and capitalist system. There are no thriving economies or reasonable standards of life in a socialist society. There are haves and havenots. The haves have ruling power solely through oppressive elections or military strength. There is no line for immigration into Russia or China and that is also true for a multitude of other countries.

America has provided the promise of hope and opportunity through freedom, democracy, and capitalism. It is why so many immigrants have come here. We take care of our citizens but that cannot be an endless proposition without wealth being created to tax. The more people that are economically sustaining, the broader the tax base. A sudden surge of pressure through unlimited immigration will quickly collapse a system that is already arguably insolvent. This should be a worry for all.

Prosperity always brings with it innovation and a higher standard of living. It is not accidental that our middle class has eroded as government spending has spiraled out of control. Politicians are now faced with priorities like border control or more social programs. They are confused, at best, about which one is needed. Unfortunately, this debate will continue on our government’s priorities as its ability to spend with discretion is constricted because of the limited resources available. Washington needs to wake up and figure out what drives a productive and prosperous society, then fuel it with both hands. Education and self-reliance fan hope. Without hope for better lives for our children and grandchildren, we have nothing and the government is on a fast track to get us there.