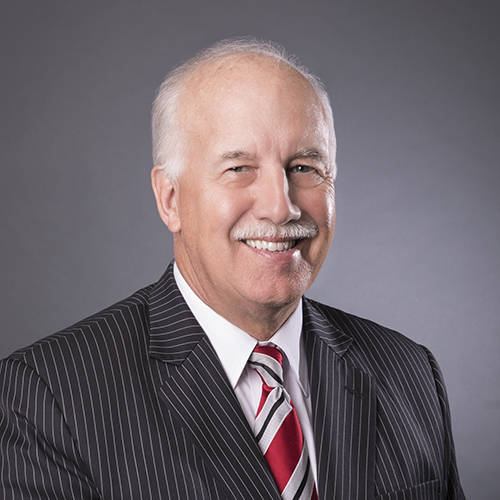 Pat O’Keefe and Julie Lock break down some of the economics for this year’s Super Bowl and explore the long-term outlook on Mat Ishbia’s acquisition...

Pat O’Keefe is once again joined by Derron Sanders, CEO of SG Energy Solutions, as they discuss electric vehicles and the various challenges & tailwinds...

Pat O’Keefe is joined by Derron Sanders, CEO of SG Energy Solutions, as they explore how the market is adapting to alternative energy sources and...

Patrick M. O’Keefe is the Founder and CEO of O’Keefe. Mr. O’Keefe is recognized as an expert in the fields of strategic advisory services, corporate reorganization, debt restructuring, turnaround consulting, due diligence support, valuation and litigation support. Mr. O’Keefe has been approved by the U.S. Department of Justice to act as a Chapter 11 trustee and has performed as a court appointed receiver for numerous operating companies. For over 30 years, Mr. O’Keefe has been active as a financial consultant and turnaround advisor to under-performing businesses in various industries including, retail, hospitality, restaurants, construction, automotive, manufacturing, and real estate, and has successfully completed assignments in out-of-court and Chapter 11 restructurings. He is an advisor to financial institutions and business owners in complex workouts and asset recovery strategies. Mr. O’Keefe is also the CEO of Glycadia, a diabetes research company and CEO of Grow Michigan, LLC, a junior lien lender supported by the Michigan Strategic Fund and local financial institutions to lend money to growing businesses.

Mr. O’Keefe has been accepted as an expert in federal and state court matters involving lost profits, valuation and economic damages associated with breach of contract matters. He is one of a handful of experts recognized by the National Association of Certified Valuators and Analysts as a business valuator accredited in litigation. Mr. O’Keefe has provided testimony for products with warranty or alleged defect issues for the automotive, aerospace, body armor and breast implant products. Prior to forming O’Keefe & Associates, Mr. O’Keefe was a former partner at Deloitte & Touche where he was in charge of the Detroit offices Middle Market department and sat on the firm’s National Industry Committee for real estate and was designated as an industry specialist for high technology. Subsequent to Deloitte & Touche, he was a Chief Financial Officer of a residential development company in Michigan and was a partner in a turnaround consulting firm. Mr. O’Keefe has been involved in numerous financial feasibility studies for financing and zoning approval cases. He has served over 25 municipalities for zoning cases. Mr. O’Keefe has also been twice appointed as a mediator for complex real estate litigation.

Mr. O’Keefe is a past President of the Detroit Athletic Club and a past President of the Detroit Chapter of the TMA including several years of service on the International Board. He recently served on the Board of Directors for First Independence Bank, the Advisory Council for M&A Advisor and is a member emeritus for the Michigan State University’s Department of Accounting and Information Systems, as well as a past advisory board member of the University of Detroit Turnaround Management Program, Cleary University, and Oakland University’s Finance and Accounting Department. Mr. O’Keefe is a frequent guest lecturer and writer and has appeared on television and radio discussing various financial and economic matters.

Mr. O’Keefe was recently inducted into M&A Advisor’s Hall of Fame which recognizes extraordinary industry stalwarts. In December 2018, he was named the recipient of the Executive of the Year Award by The Detroit Executives Association, and received the 2018 M&A Advisor Leadership Award for his contribution to the bankruptcy and restructuring industry. Also in 2018 and 2019, Mr. O’Keefe was named Detroit 500 as one of the most influential businessmen in Detroit by DBusiness. In 2017, he received Deal Professional of the Year by the M&A Advisor. Some of his past awards include, but are not limited to, the Outstanding Individual Contribution Award by the TMA, the Cleary Business Medal of Honor as an outstanding businessman, and the Small Business Administration’s Financial Services Champion of the Year Award presented by former Governor Jennifer Granholm. Under Mr. O’Keefe’s direction, his firm has been recognized for four consecutive years by Michigan Lawyers Weekly for Best Litigation Consulting Services and 2019 Best Forensic Accounting Services, the M&A Advisor as Turnaround Consulting Firm of the Year, the M&A Global Network as Boutique Turnaround Consulting Firm of the Year, and was awarded Turnaround of the Year-Middle Market by the M&A Advisor and TMA. Irish America recognized Mr. O’Keefe as one of the top 100 businessmen in 2013, 2016, 2017, and 2018.