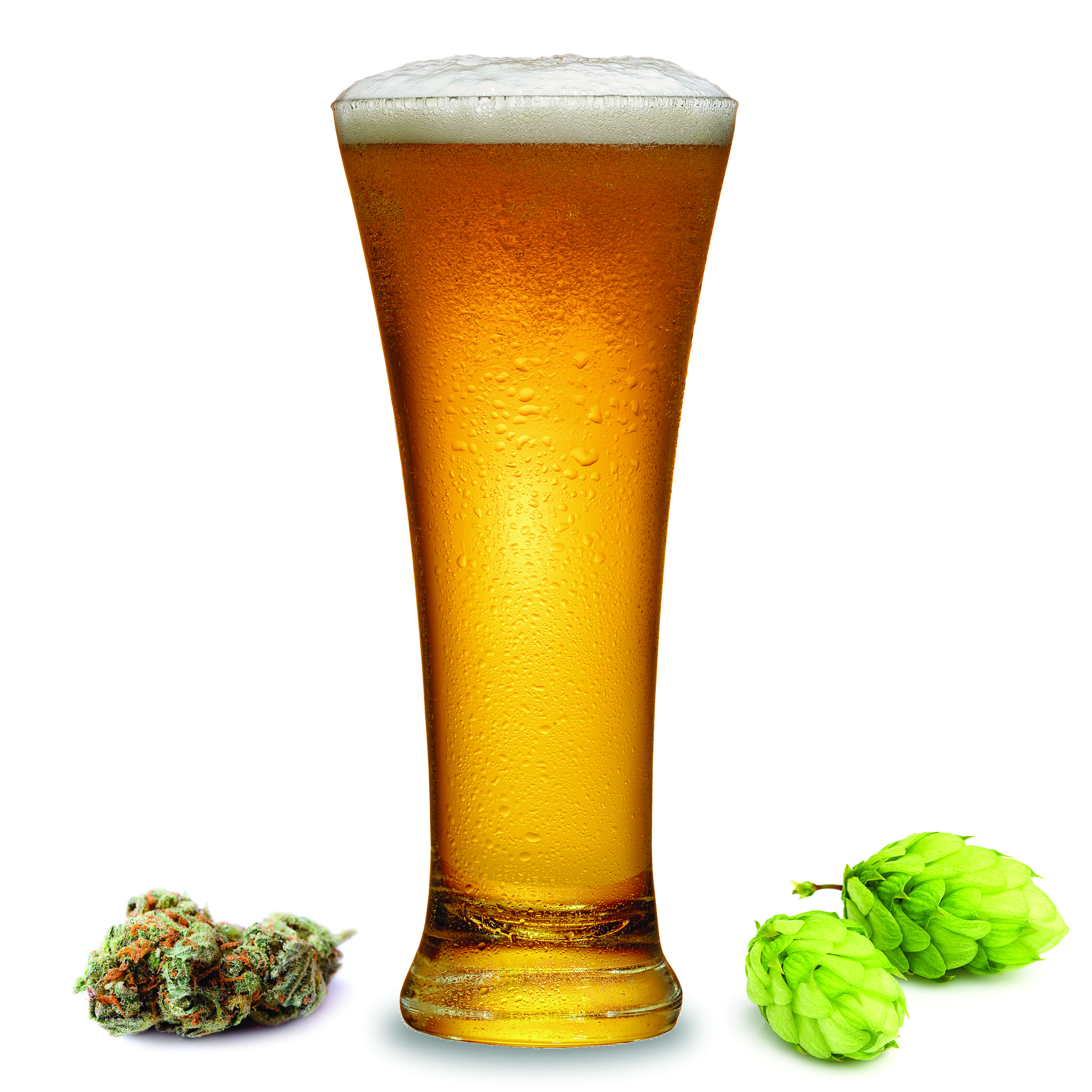 An Illegal Substitution? Kind of.

There isn’t a day that goes by without reading about struggles of the marijuana business and their difficulty finding their place as a partially legal business in some states. The stereotype of illegally selling out of a windowless van or on a street corner is quickly declining. Now, most marijuana businesses are well lit, clean and operating under state & local laws. These businesses are rapidly expanding their product lines in an effort to make a profit that connects with new recreational or medicinal users while hopefully attracting more experienced users away from their current sources. These products include medicines, homeopathic remedies, supplements, vape oils, edibles (gummies, brownies, drinks, etc…) and even clothing lines. Some industries are incorporating THC, the psychoactive ingredient in marijuana, into their products, most notably the beer industry. Ironically, infused beer with THC has to be nonalcoholic. Short’s Brewing Company recently teamed up with Green Peak Innovations, a vertically integrated marijuana company that owns grow operations, processing facilities, and dispensaries, to create a line of popular Short’s THC-infused beers.¹

Many studies have been done on whether or not marijuana is a substitute or a complement to alcohol. Many of these studies are based on survey data which can be flawed as people don’t always answer honestly, especially about substance consumption that may be illegal. However, three professors from the University of Connecticut, Georgia State University, and Universidad del Pacifico completed a study that used sales data from grocery, convenience, drug and mass distributions stores in various U.S. counties from 2006 through 2015.² They studied the impact of medicinal marijuana versus alcohol sales as recreational marijuana legalization data has not had enough of a history for substantive findings. They utilized two methodologies: (1) comparative counties with one county having legalized medical marijuana and the other has not; (2) bordering counties with one county having legalized medical marijuana and the others do not. The study goes into detail about its methodologies which include adjustments for economic factors such as unemployment rates and median household incomes.²

The findings are intriguing and certainly point to marijuana being a substitute for alcohol versus a complement. Counties in medical marijuana legal states exhibited a 15% reduction in alcohol sales (beer and wine) versus comparable counties where medical marijuana is illegal.2 If looking at only counties that border each other there was a 20% reduction in alcohol sales observed.² The study also breaks down the effect on beer and wine sales of which both exhibited a 13.8% and 16.2% reduction, respectively.²

Another disruptor to the alcohol industry is the recent explosion of hard seltzer products that have taken the nation by storm with White Claw and Truly being the key players. One of the main reasons these new products have become so popular is their low calorie count. Beer is typically a high calorie drink, whereas a hard seltzer has 100 calories in a 12 ounce can.³ This is putting additional pressure on the beer industry to compete with the hard seltzer revolution. THC-infused beer is the key to creating a lower calorie beer, as THC itself doesn’t add any calories unlike alcohol. This lower calorie beer option may be the key in competing with the $550 million hard seltzer industry.⁴

Major beer companies are buying hard seltzer companies to hedge their bets, but are reluctant to get into the THC-infused beer business. Others such as Molson Coors, which is headquartered in Canada where marijuana is legal, intends to participate instead of compete with the marijuana industry.⁵ Craft breweries in Colorado, California, and now Michigan have already been brewing THC-infused beers.¹, ⁵

THC-infused beer could ultimately be an answer to the marijuana industry’s threat of stealing sales away. Embracing and incorporating the marijuana industry as opposed to competing with it will put some early adopter beer companies at an advantage. It will likely take time for THC-infused beer customers to openly order without feeling judged which is why restaurant and bar sales of these types of beers will be slow initially. However, store purchases will likely be the preferred method of purchasing for consumption at home until the average consumer views THCinfused drinks as the new norm. Ultimately, consumer acceptance will start off slow, but these products are industry changers.

⁴Reinicke, Carmen; “Hard-seltzer sales are booming in the US — and UBS says these 5 beer companies are best positioned to profit from the trend;” Business Insider. July 30, 2019.