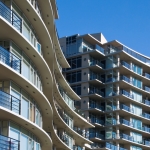 Relief for Landlords and Retailers in Bankruptcy

The ABI Commission to Study Reform of Chapter 11 issued its final report on December 1 2014. It has recommended an increase in the time to assume or reject leases from 210 days to 1 year. This is a change that is drastically needed by retailers and landlords alike.

Currently, section 365(d) (4) under Chapter 11 of the Bankruptcy Code allows for the Trustee to assume or reject any unexpired residential leases within 210 days. This change reducing the time to assume or reject a lease was inserted into the Code as a result of heavy lobbying by the real estate industry in 2005.

The unintended result of this shortened deadline was to chill the ability of retailers in particular to live through an entire one year cycle before determining if its restructuring efforts were working. The empirical evidence would suggest that not only have fewer large retailers sought the protection of Chapter 11 but those that have did not survive.

Since the change was implemented, most post-petition lenders are requiring debtors in possession to make their lease rejection decisions within 120 days from the date of filing in order to permit these lenders to preserve their security interests before the 210 day period ends. This financing reality unfairly handicaps a real estate lease heavy debtor from being afforded the full time it needs to effectuate the changes required to emerge as a going concern. Stores are closed and liquidated whether they are essential to the core business or not.

After many strong concerns over the 2005 changes were raised in the industry, the Commission wisely voted to recommend the following change:

“The trustee’s time to assume or reject unexpired nonresidential real property leases under section 365(d)(4) of the Bankruptcy Code should be extended from 210 days to one year after the petition date or date of the order for relief, whichever is later, in the interest of enhancing prospects for reorganization.”

If Congress decides to implement this change, we will see the survival of stronger and better retailers who will be better equipped to compete upon emergence from Chapter 11 proceedings. Shopping centers will be better occupied and neighboring tenants will not see the dip in sales that comes with vacancies.