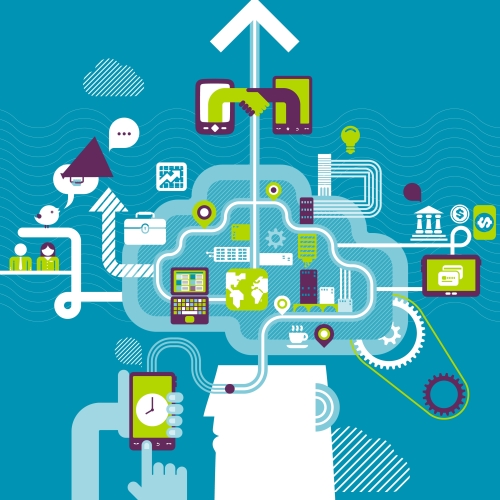 In this day and age it seems everyone is connected to everything through social media accounts. Not surprisingly, this trend has extended to companies and corporations. As social media becomes dominant in virtually every aspect of our lives, it is only reasonable to ask, what’s the limit? There can only be so many different venues that allow you to take pictures of your food and blast it out to your friends and followers before they all start to blend together.

Not unlike a maturing industry, social media must at some point consolidate. Outlets that survive must develop some sort of unique feature or service that will allow them to be distinct enough to remain relevant and/or they must diversify and expand their business. Failure to do so will turn even a Facebook into a MySpace. As new outlets form, competition will grow increasingly fierce and it would not be surprising to see M&A opportunities develop in this market. Powerful social media outlets like Facebook, and Twitter have already grown to the point where they have their own tickers on the stock exchange. Acquisitions are becoming more common. In 2013, Tumblr was acquired by Yahoo for over a billion dollars and this June, LinkedIn was purchased by Microsoft for just over twenty six billion dollars.

While current trends suggest social media usage will increase over the next three years, a long-term plan is imperative for when the flow of new users (a vital source for advertising revenue) begins to decline. Facebook, who has begun to expand into the virtual reality market through the acquisition of Oculus (for two billion dollars) and a number of VR specialized companies, seems to understand this. However, for smaller outlets who don’t have a couple billion dollars lying around to expand, scouting out potential merger partners would be a wise strategy in the long run.