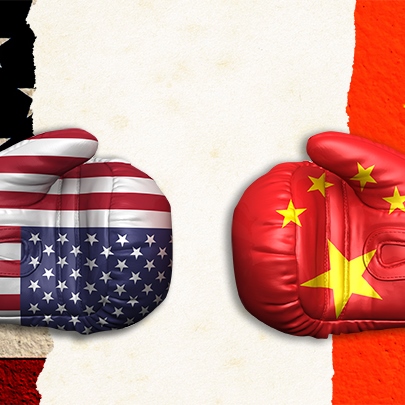 Tariffs – The U.S. is fighting a war without firing a missile

Tariffs are most talked about in business terms. It has affected the stock market and numerous industries. While the impact near term can be painful, the question is, are tariffs the new warfare? The U.S. has issued sanctions against Iran in hopes of choking their economy and resources for terrorism. The offshoot is an oppressed country where the standard of living for residents for basic ingredients of sustainability (food & medical) are in short supply. This causes residents to riot & protest and threaten regime change. All of this happens without one bullet being fired by the U.S.

There are many economic and political considerations with the trade war with China. As China’s economy becomes more self-reliant and world dominant, the Chinese can flex their muscle. Trump is trying to combat China’s actions which clearly undermine the United States’ standard of living, capitalism, and democracy. The U.S. has criticized China’s lack of intellectual property enforcement as well as forced transfers of IP from U.S. companies operating in China. It was just recently for the very first time that a western Company won an IP infringement case in China.

I suppose if there are no consequences to IP infringement why not keep stealing? China companies sponsored by the government have been implicated in cyberespionage of U.S. companies. China continues to build up capabilities for cyber warfare. Again, another scary proposition for disruption when we think of everything controlled by computers.

If China’s rise of power is worth curbing, trade strategies would be one of the most potent nonmilitary weapons for the U.S. to display. With the advent of nuclear capabilities, this strategy may be the war of the future. The advent of continued uprisings in the Middle East, Germany’s economy after BREXIT may have a burden they may want to control (can you say merger or acquisition) and now the U.S. – China trade war, are all impacted by economics. Trump is facing these issues which are all important to the U.S. without firing a missile. The economic impact of sanctions and tariffs are the new weapons of future conflicts. A military war could only be conducted by the economically weak since they can’t fight on economic grounds. A little bit like fighting the ugly kid in the school yard. For an oppressed nation, war is the only way they can fight for change they need. While, at best, they can be a disruptor, the oppressed nation can’t win without military might (i.e. nuclear capabilities). This is one of the reasons world economic powers enter into nuclear treaties and peace accords to make sure the oppressed don’t become too big of a disruptor. The urge to eat and have shelter trumps being a nuclear disruptor. Winds may change if the oppressed stay that way for too long. Countries like Iran fight for nuclear capability for 2 reasons, they have nothing to lose and they are ill equipped to participate on the battlefield of economic warfare.