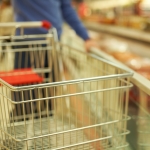 The economic woes of the past six years seem to be fading into the distance. Manufacturing output is up, the banks have opened their wallets again, unemployment has stabilized and real estate values and investments are climbing fast. But what about retail? Radio Shack had one of the highest rated Super Bowl commercials this year and two days later, announced the closing of 500 stores. Apparently the 80s want their stores back too.

January is typically the month for store closing announcements and this year was no exception. Macy’s, Sears, JC Penney, Loehman’s, Jones Group, Barnes and Noble, Family Dollar, Build-A-Bear, Archiver’s, Dot’s, and even Target – which is closing eight stores. The only positive news came out of Canada where Hudson’s Bay announced plans to open seven new Saks stores and twenty-five Saks Off Fifth Avenue outlets. Unfortunately, there does not seem to be any replacement tenants for many of the closing stores.

The ICSC reported that for the two-months of November and December, comparable-store sales rose by 3.0% in 2013 versus a 1.8% gain in the prior year. The 2013 increase was the strongest since 2011 (+3.3%). Although the improvement was largely in line with expectations, the unevenness and highly promotional environment underscored the difficulty of the season for many retailers.

It is no secret that bricks and mortar retail stores are continuing to not only lose market share to the internet distribution system (and gift cards) but that they are also losing store visitors. The Wall Street Journal reported in January that retail foot traffic in 2013 was down 50% from 2010. This is perhaps the greatest issue facing the future of retail. People’s shopping habits have changed – permanently.

Retailers and shopping center owners have tried desperately to change these shopping habits. Some of it appeared to have been caused by the closing of the wallets and purses during the recession. However, it now appears that many of these shoppers will not be returning to their old shopping ways even as the economy improves. Some retailers are trying to combat these changes by shrinking their footprints to more accurately reflect the reduction in sales volumes. Additionally, some of the largest landlords, including Simon Properties and GGP, are teaming up with their tenants to offer internet drop shipping services directly to their shopping centers. This encourages shoppers to come to the mall to pick up their order and hopefully make additional purchases while they are there.

2014 could be a water shed year for many retailers and their landlords.